This blog is for you if you've ever wondered:

Just a disclaimer: we're a logging company here @ Timber. We'd love it if you tried out our product (it's seriously great!), but that's all we're going to advertise our product ... you guys came here to learn about Kafka and this guide won't disappoint.

What is this blog about?

The title might have given it away, but we're going to show you what Kafka is, help you understand the need for a tool like Kafka, and then get started with it. We're believers that the best way to learn something is to do it, so get out your terminal and your favorite code editor and get ready.

What is Kafka? Why should one use it?

In short, Kafka is a distributed streaming platform.

Oh wait! What does that even mean?

Imagine that you have a simple web application which consists of an interactive UI, a web server, and a database.

You need to record all the events such as clicks, requests, impressions and searches that take place on your web application and store them for computation, reporting, and analysis, each of which is done by separate applications or services. A simple solution would be to store the data in your database and connect all other applications and services to your database. 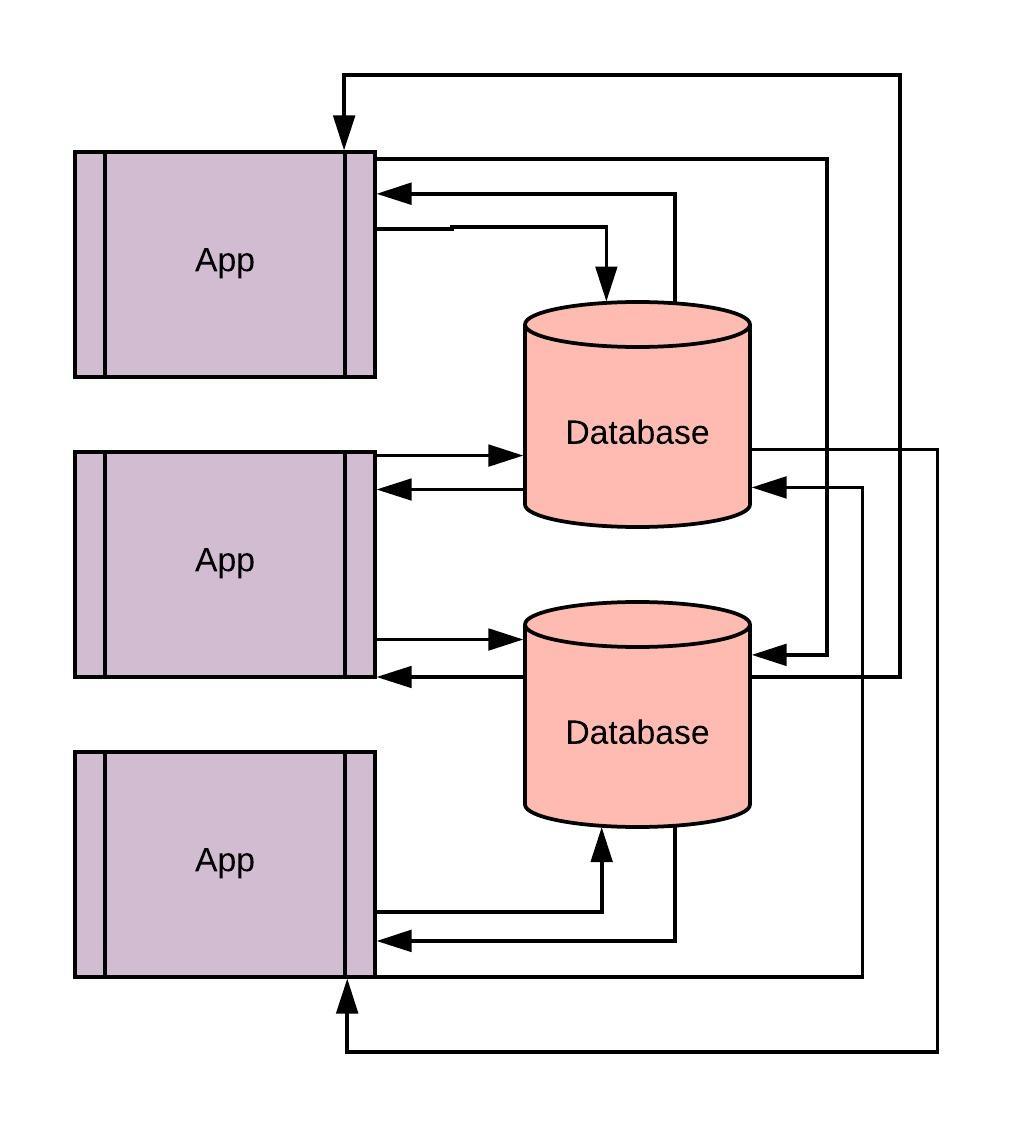 This might look simple, but you're not finished. There are multiple challenges that can arise:

Interesting! How different is it from traditional databases?

Although Kafka can store persistent data, it is NOT a database.

Kafka not only allows applications to push or pull a continuous flow of data, but it also deals with processing them to build and support real-time applications. This is different than performing CRUD operations on passive data or running queries on traditional databases.

That sounds convincing! But how does Kafka solve the above-mentioned challenges and why would one need a system like this?

Kafka is a distributed platform and built for scale, which means it can handle sky-high frequency reads and writes & store huge volumes of data. It ensures that the data is always reliable. It also supports strong mechanisms for recovery from failures. Here are some of the key aspects of why one should be using Kafka: 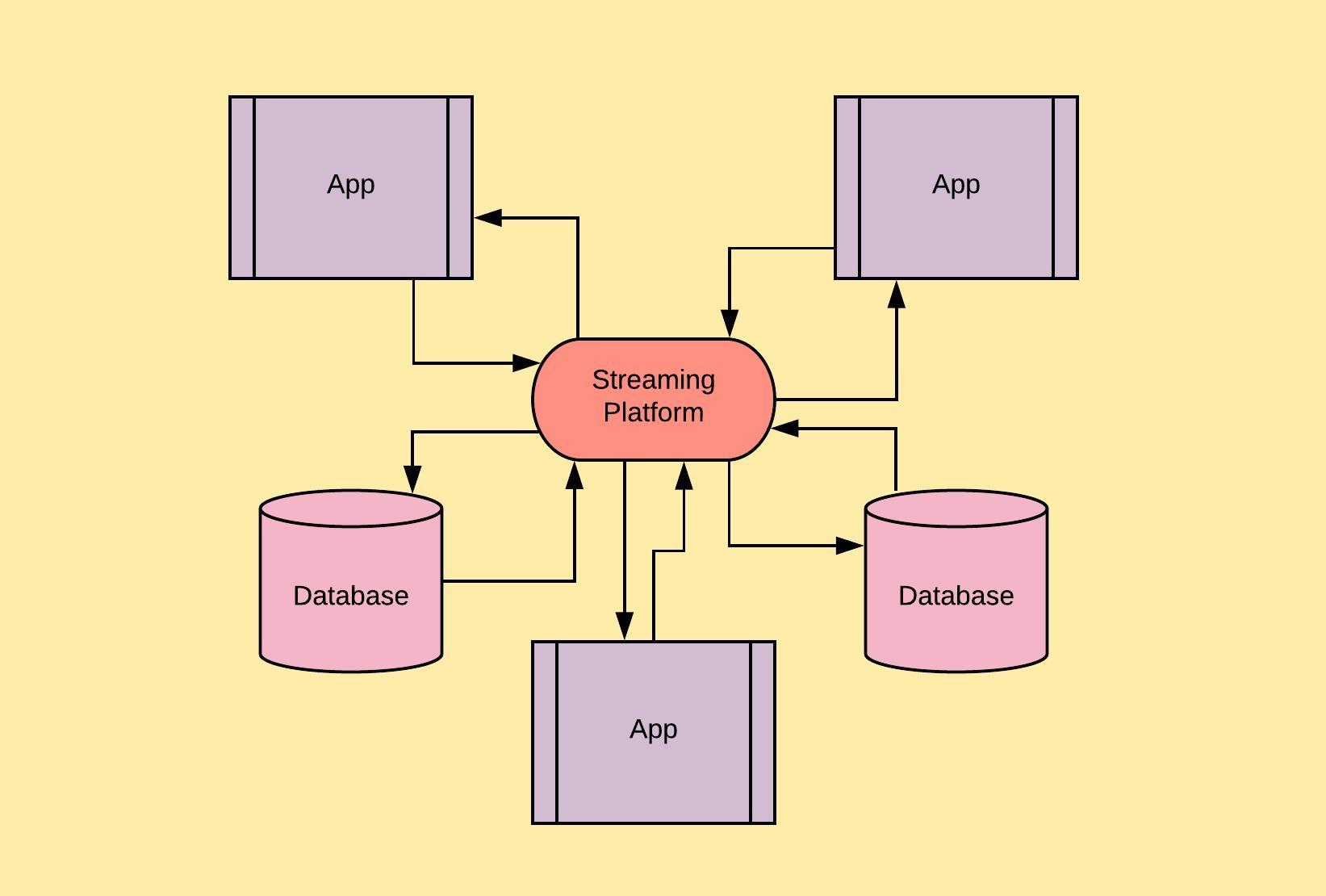 As you can see above, Kafka acts as a universal data pipeline across multiple applications and services. This gives us two advantages. The first one is data integration. We have all the data from different systems residing at a single place, making Kafka a true source of data. Any application can push data to this platform which can later be pulled by another application. Secondly, Kafka makes it easy to exchange data between applications. Since we have all the data in one place, we can standardize the data format that we will be using for the platform which can reduce our data transformations.

Consider connecting a legacy system to your architecture which does not know about Kafka: In such cases, Kafka offers a framework called Kafka Connect for us to connect to existing systems maintaining the universal data pipeline.

A real-time application usually requires a continuous flow of data which can be processed immediately or within the current span of time with reduced latency. Kafka Streams make it possible to build, package and deploy applications without any need for separate stream processors or heavy and expensive infrastructure.

These features allow Kafka to become the true source of data for your architecture. This enables you to add new services and applications to your existing infrastructure and allows you to rebuild existing databases or migrate from legacy systems with less effort.

Getting Started with Kafka

Installing Kafka is a fairly simple process. Just follow the given steps below:

Kafka makes use of a tool called ZooKeeper which is a centralized service for a distributed environment like Kafka. It offers configuration service, synchronization service, and a naming registry for large distributed systems. You can read more about it here.

Thus, we need to first start the ZooKeeper server followed by the Kafka server. This can be achieved using the following commands:

Here is a quick introduction to some of the core concepts of Kafka architecture:

As you can see, Kafka topics are divided into partitions. These topics can be replicated across separate machines using brokers, which allows consumers to read from a topic in parallel.

Each of these brokers has partitions which are leaders and those that are replicas. This allows for an incredible level of fault tolerance through your system. When the system is functioning normally, all reads and writes to a topic go through the leader and the leader makes sure that all the other brokers are updated.

If a broker fails, the system can automatically reconfigure itself so a replica can take over as the new leader for that topic.

Let us start by creating a sample Kafka topic with a single partition and replica. This can be done using the following command:

Now, let us list down all of our Kafka topics to check if we have successfully created our sample topic. We can make use of the list command here:

You can also make use of the describe topics command for more details on a particular Kafka topic:

Creating a producer and consumer can be a perfect Hello, World! example to learn Kafka but there are multiple ways through which we can achieve it. Some of them are listed below:

While these have their own set of advantages/disadvantages, we will be making use of kafka-python in this blog to achieve a simple producer and consumer setup in Kafka using python.

Before you get started with the following examples, ensure that you have kafka-python installed in your system:

Enter the following code snippet in a python shell:

Now that we have a consumer listening to us, we should create a producer which generates messages that are published to Kafka and thereby consumed by our consumer created earlier:

You can now revisit the consumer shell to check if it has received the records sent from the producer through our Kafka setup.

Even though Kafka is a seriously powerful tool, there are some drawbacks, which is why we chose to go for a managed tool such as AWS Kinesis here at Timber. We've found that provisioning your own servers and digging into the nitty-gritty doesn't make as much sense when we're aiming for velocity. We're starting to reconsider that decision as we hit some of the limitations of Kinesis.